Apprenticeship Central is your one-stop site for apprenticeship or traineeship opportunities – or to find your next employee. 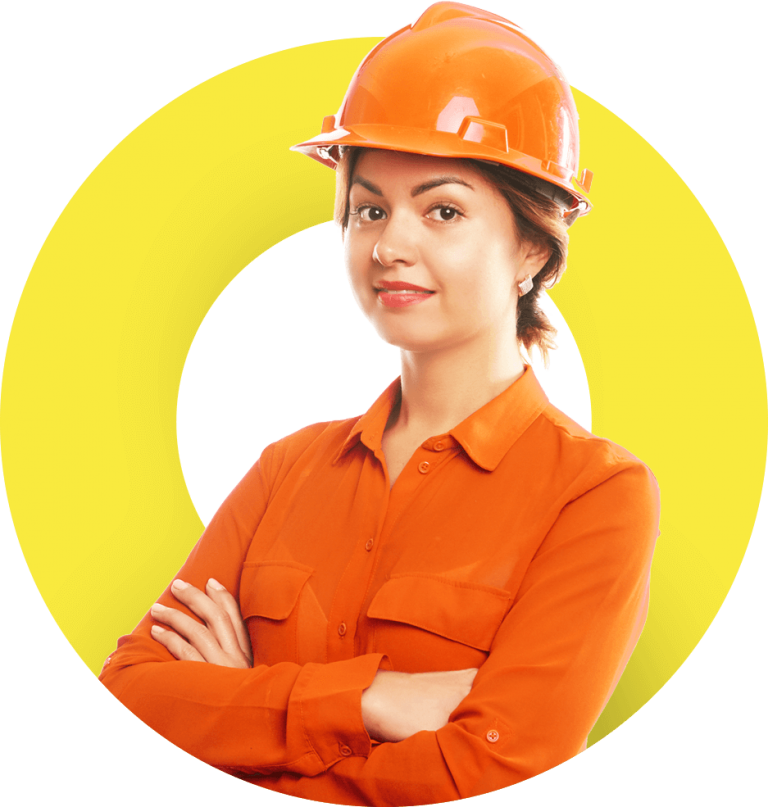 The world of memes is fickle – one moment they’re trending all over your social media channels going viral and the next moment it’s like they never existed.

Throughout 2018, we’ve seen a variety memes cross our desks from the Laugh Out Louds (LOL) to the cringe worthy memes. And as the 2018 rolls away, we’ve taken the opportunity to pull them out of the archives analyse, compare and compile our top 10 favourite apprentice memes of 2018 for you to like, unlike share all over again. 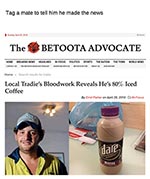 Tag a mate who is always a favourite in the social space because we can relate or we have that mate in the meme.
These memes are always good for a laugh and banter. You liked it that you talked about it nearly 2.5 thousand times.

Yes, they did do this 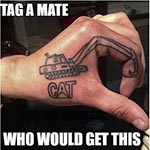 Aussies aren’t shy of tattoos and some are more interesting than others including this one. It’s a great illustration of the very popular heavy machinery brand and we’re sure they’re impressed that someone is so committed to them. 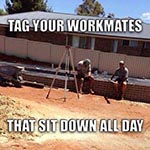 You know that one workmate who takes every opportunity to sit down all day?

Seems like you’re not you’re not the only one there’s another 107 others who have the same workmate!
Epic fail

Starting a new job can be difficult especially when you’re learning on the job, we’ve all been or know someone who’s been in a similar situation. You enjoyed it so much, you watched it over three thousand times. 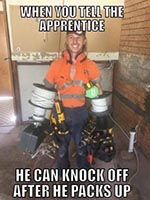 Everyone loves a meme they can relate to especially when it’s about finishing work, so it’s no surprise that a funny ‘knock off’ meme is popular. This meme reached over 10 thousand of you on Facebook! 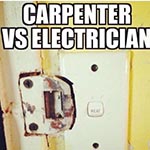 Working in trades you’re working alongside various different trades, skills and professions. And being Aussies, we don’t mind a bit of friendly rivalry between the trades especially if it’s illustrating a common problem that only happens in a particular trade. This little gem highlights the rivalry between carpenters and electricians and the obvious disregard for safety. It was a hit on social media being shared 177 times and got 700 likes.

We know a John 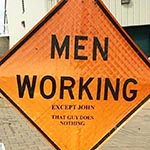 This meme gave us a chuckle because we all know a John and if he’s not your Dad, he’s probably a mate of your Dad. John would need to have a good sense of humour because this meme reached over 12 thousand people. Safe to say there were a few unlikes from Johns.

The struggle is real 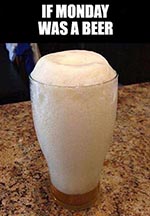 Mondays are hard no matter what job we’re in.  We agreed nearly 100 times that if Monday were a beer, it would look like that. 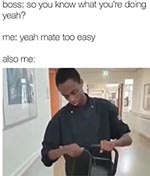 Starting a new job can be difficult especially when you’re learning on the job, we’ve all been or know someone who’s been in a similar situation. You enjoyed it so much, you watched it over three thousand times.

And then this happens 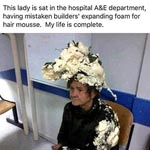 Sometimes, you can’t help but laugh at someone else’s misfortune and this recent one popped up and got laughter with tears, and would seem that over 6000 of you seem to think the same. Imagine what they felt realising what they’d done. I guess they won’t be taking things from their tradies toolbox again. 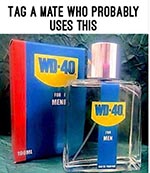 Last, but certainly not least, is this meme. Anyone who works in trades or knows a tradie is familiar with this scent. Seems the scent is so popular was recognised by over 13 thousand of you.

This site is powered by BUSY at Work 2022

Selecting a value here will limit your results to those recruits that indicated this industry as their most preferred. Use specify only if too many results returned otherwise.

Selecting a value here will limit your results to just apprenticeships in this Area of Interest, within the specified Industry.

Selecting a value here will limit your results to those recruits that indicated this industry as their most preferred. Use specify only if too many results returned otherwise.

Selecting a value here will put the recruits that have specified this Area of Interest, within the specified Industry, as their preferred one, at the top of your search results

It costs nothing to register and lodge a vacancy, or search for apprenticeship or traineeship positions.

I'm an Applicant I'm an Employer

first
last
email
ABN
Are you a robot? Enter the captcha below:

I accept the Terms of Use of this site.